Elders Helpline 1090 - a joint project of the Bangalore City Police and Nightingales Medical Trust, has been set up to tackle the problems of elder abuse in Bangalore since 2002.

The Helpline 1090 propagates Nightingales Medical Trust’s vision of ensuring a life of dignity and security to all elders by combating harassment and abuse and since its inception it has been handling an average of 40 calls per day.

Elders can call the Helpline 1090 or walk in to the Helpline office to reach out for help and assistance against all forms of abuse. Our committed staff comprising of social workers, counselors, volunteers, legal professionals and police personnel are skilled to sensitively and tactfully solve cases that are reported here. Elders can be assured of emotional support from the helpline staff during the course of intervention.

Assistance and advice on legal matters, information on various service providers for elderly can also be availed through this helpline. 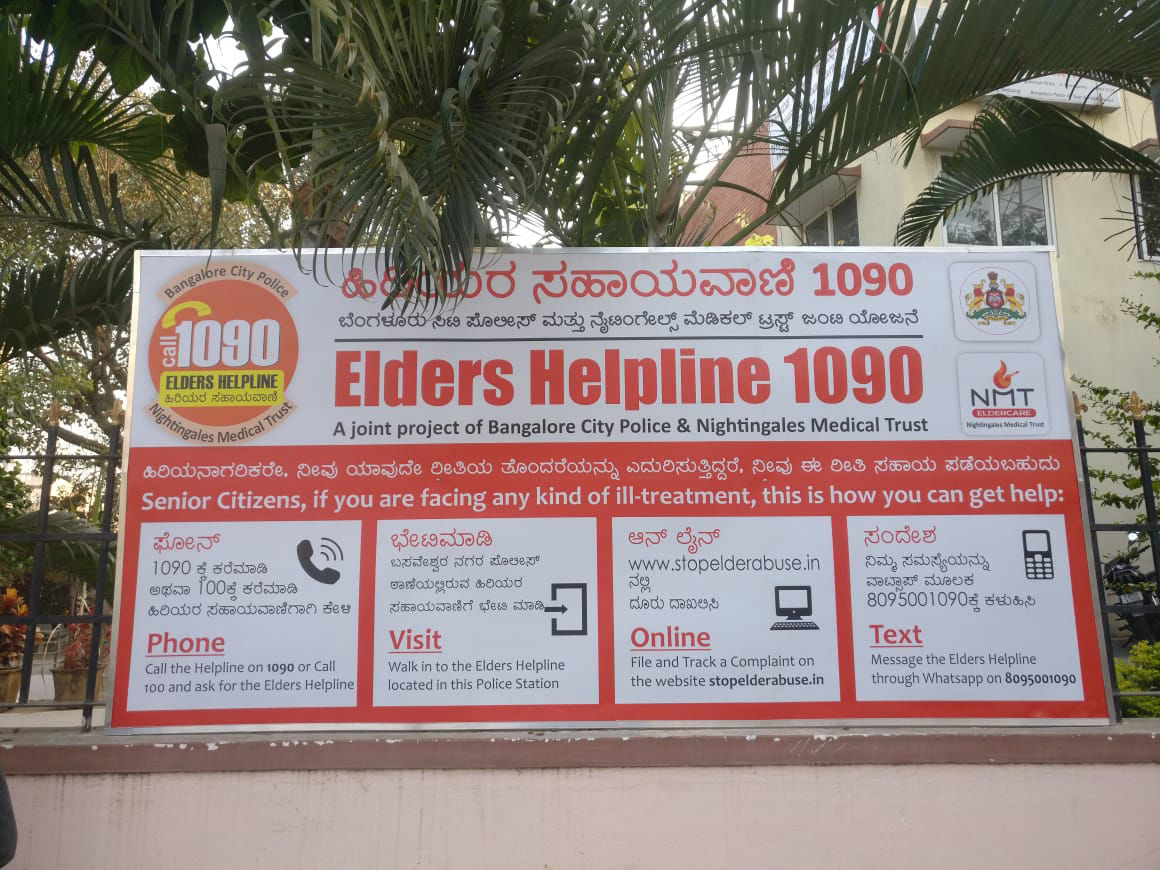 Prompt intervention when elders in distress call for help

Interacting with other service agencies and government departments

Information on service providers for elderly and other needs of elderly

Creating awareness about elders’ rights, children’s responsibilities and involvement of the public in minimizing crime and violence against elders

Awareness programmes / talks on issues pertaining to rights of elders The Elders Helpline 1090 is established in association with the Bengaluru City Police and is supported by the Department for the Empowerment of Differently Abled and Senior Citizens, Govt. of Karnataka. 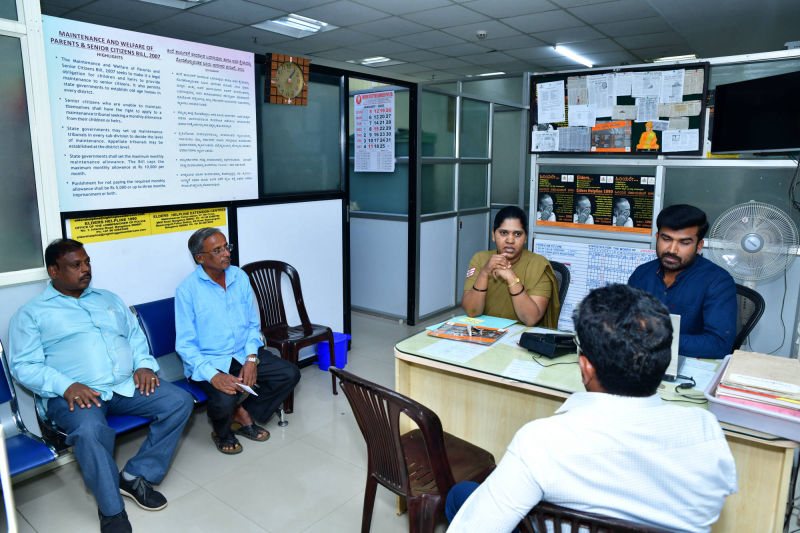 Elders waiting to be attended 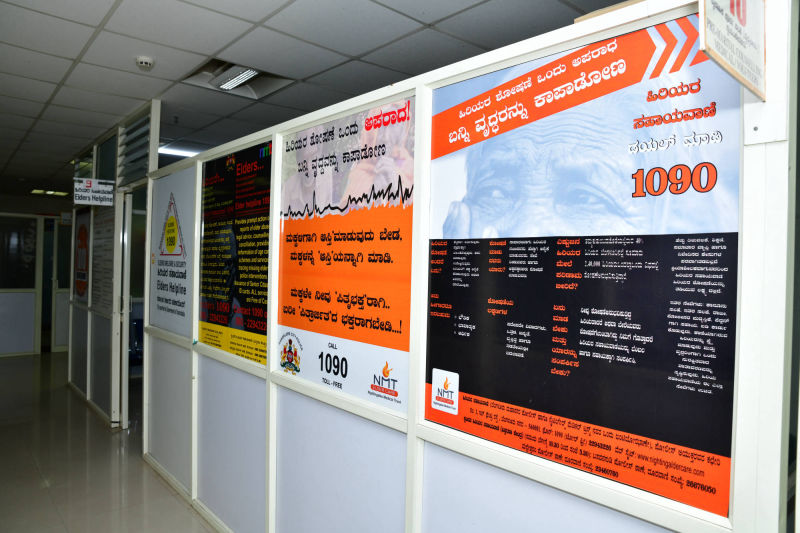 The entrance to the helpline 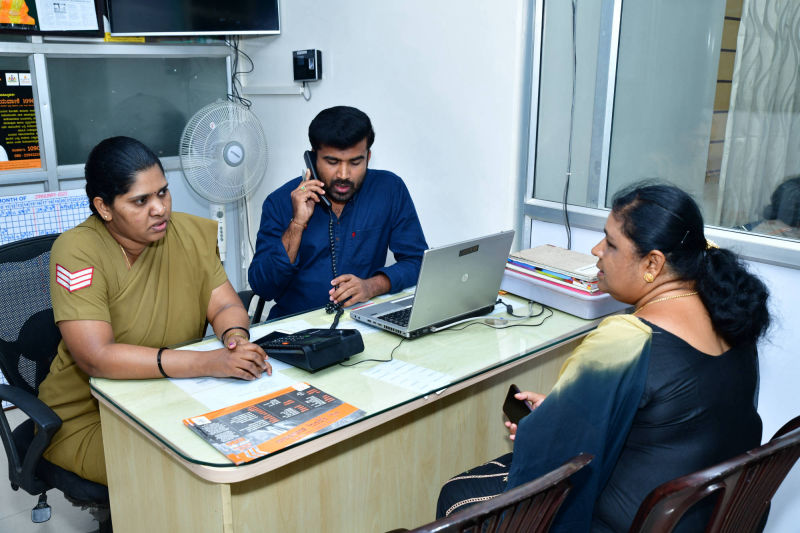 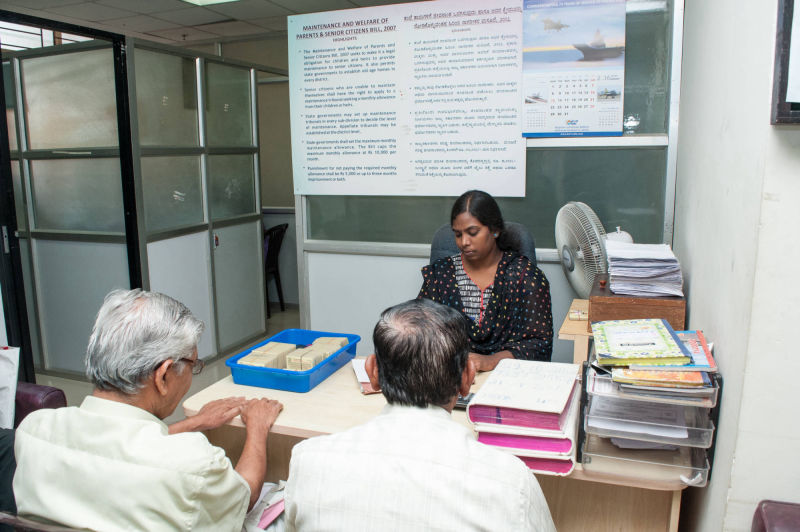 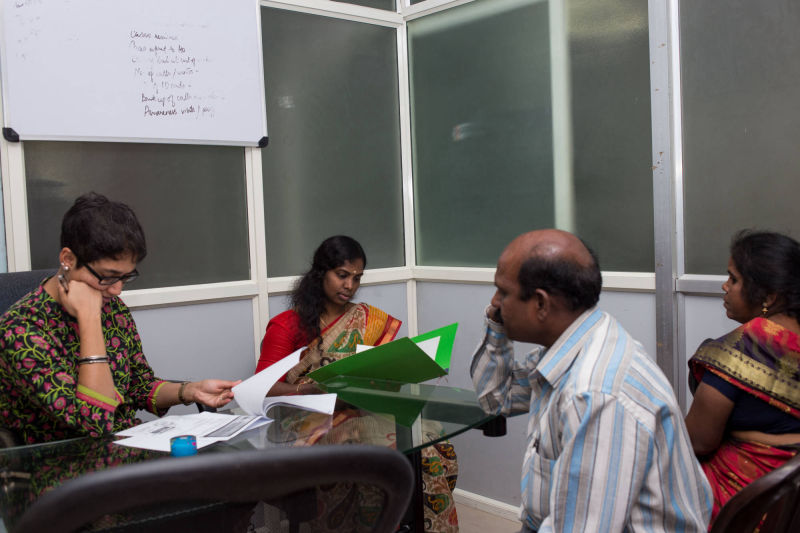 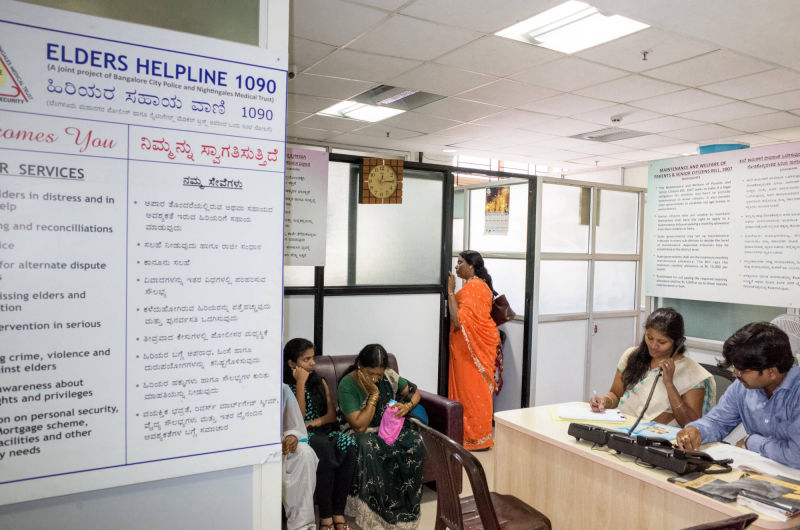 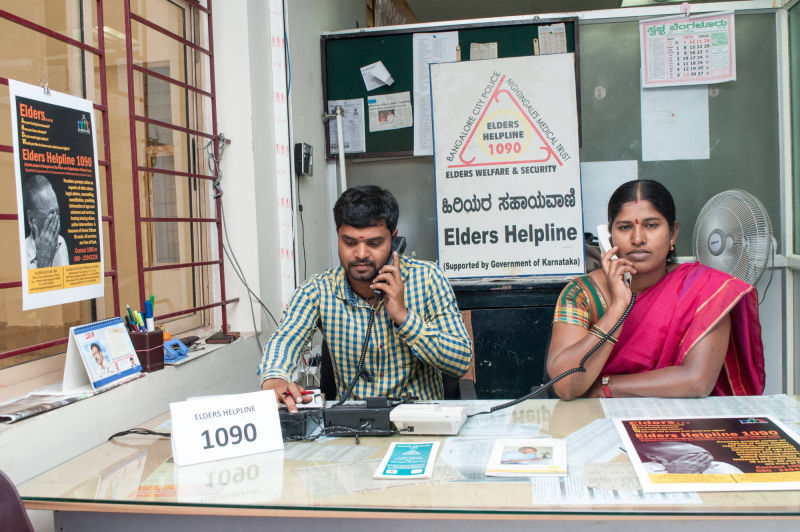 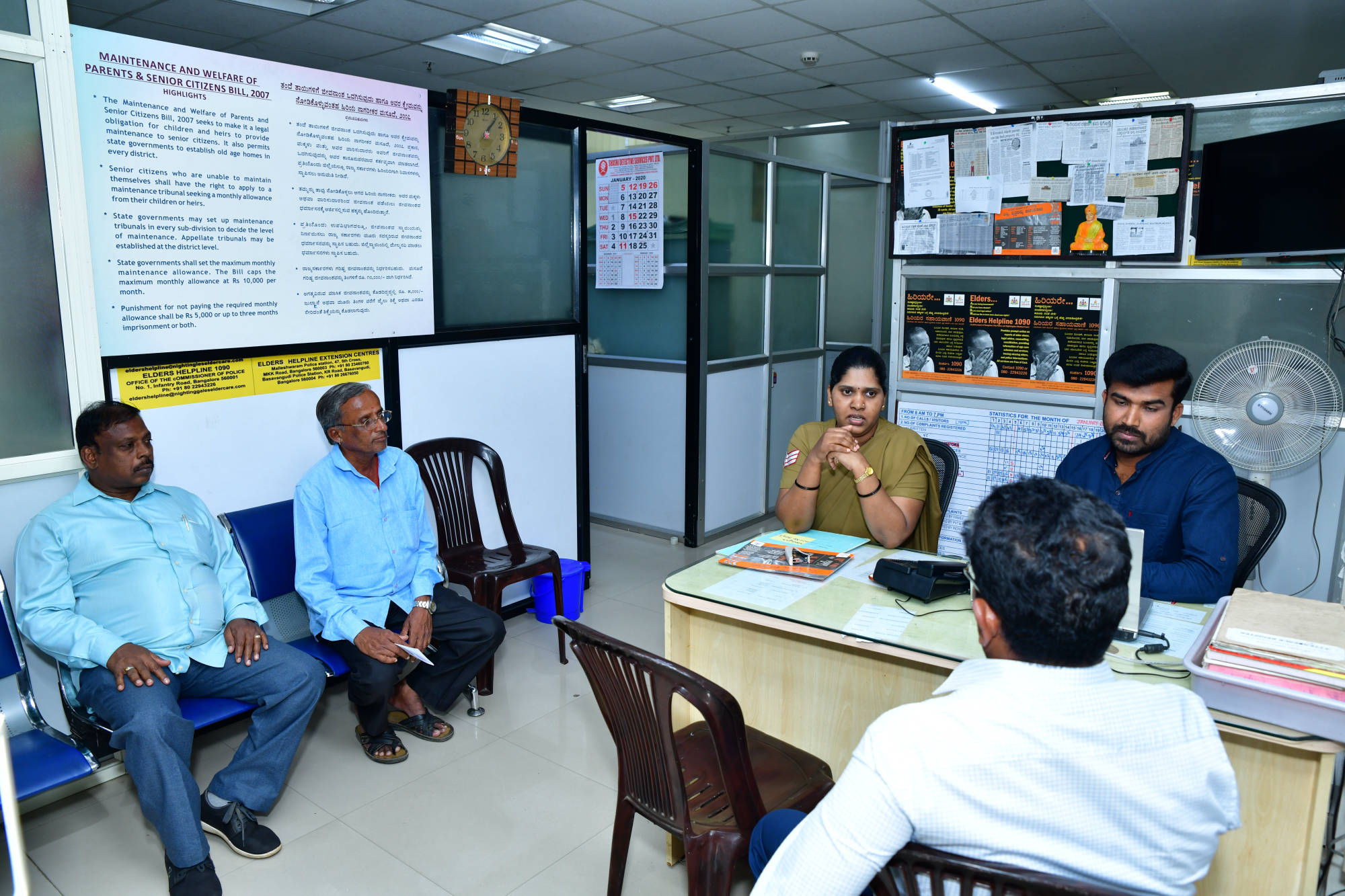 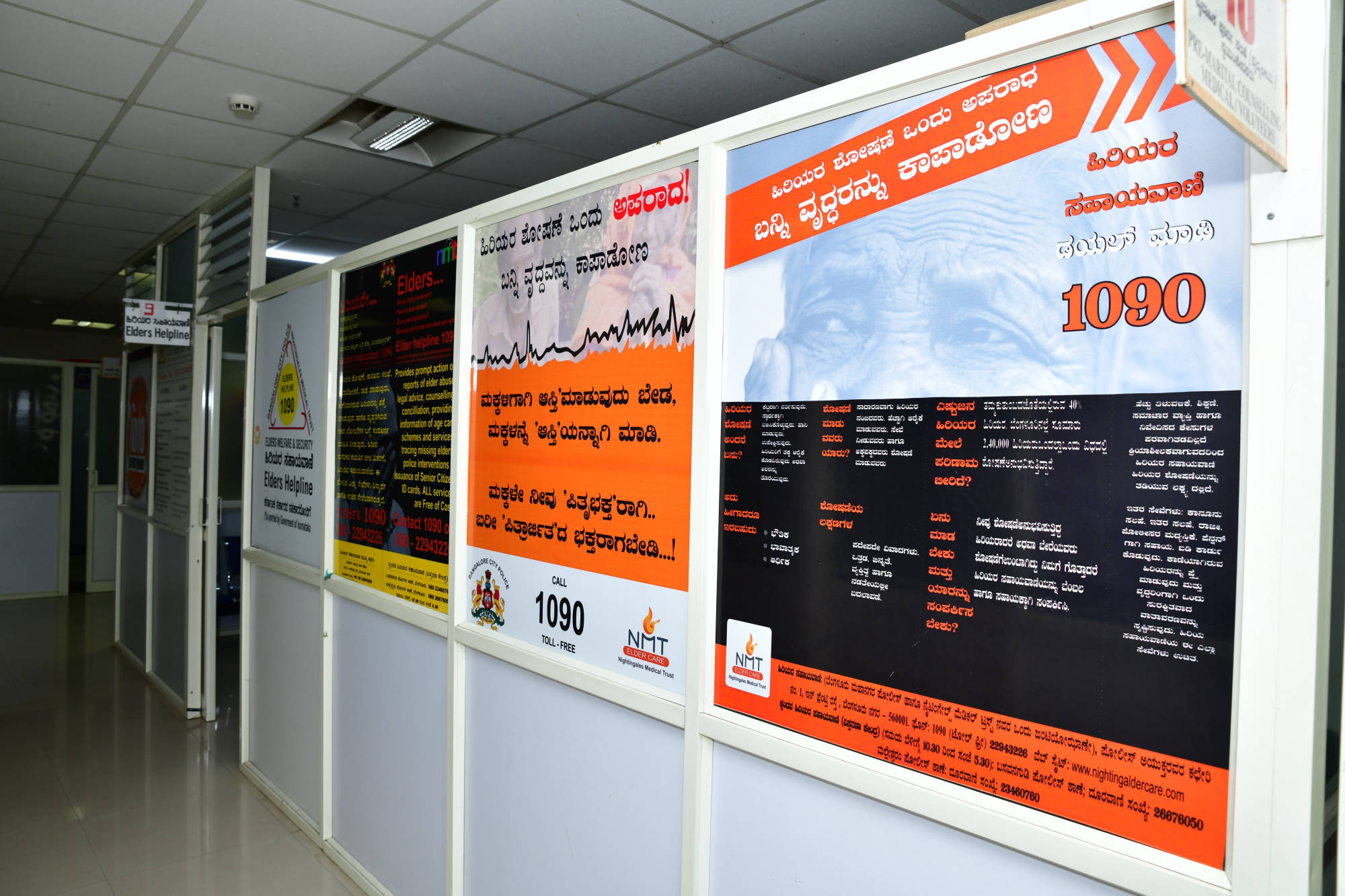 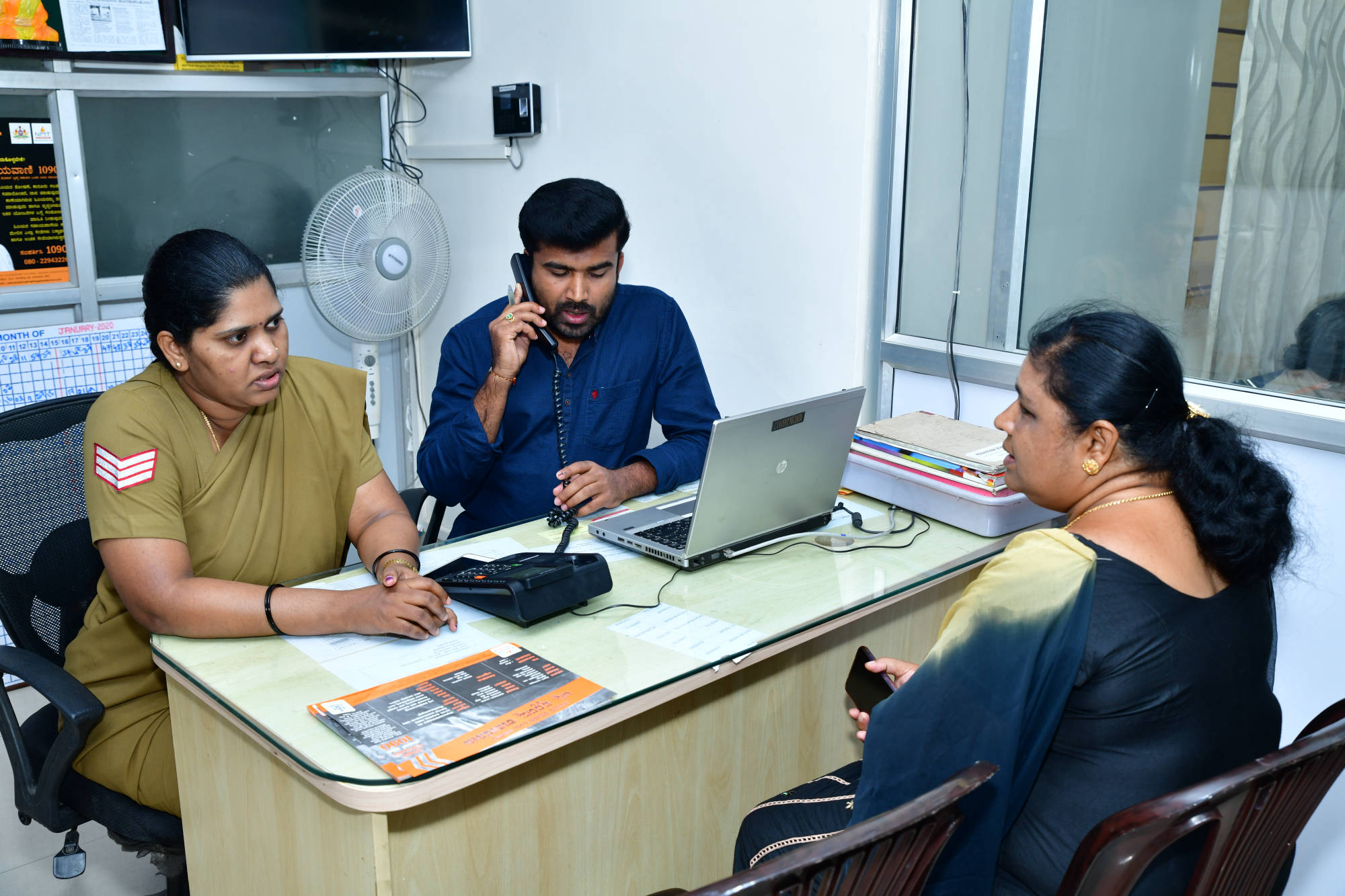 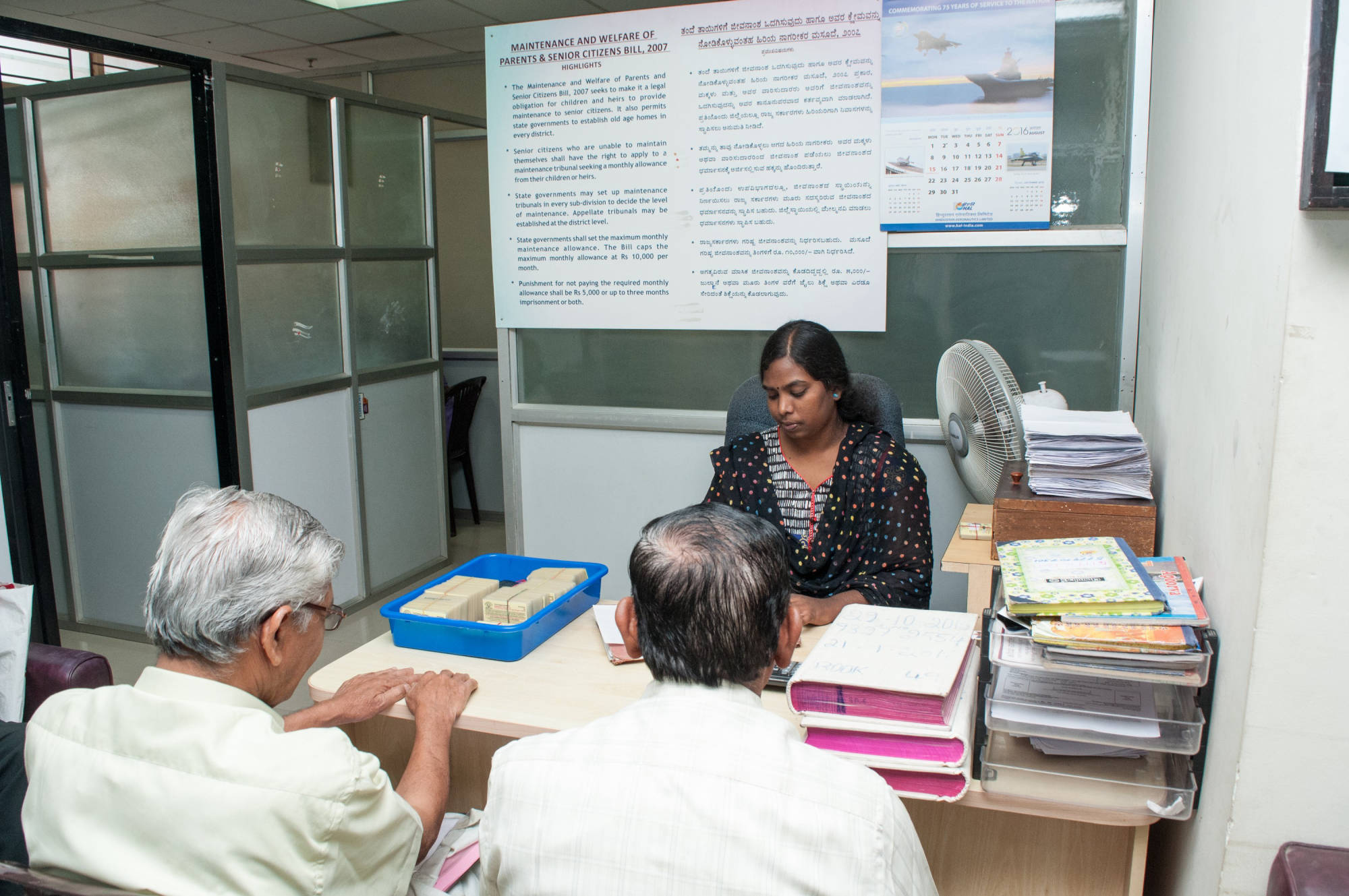 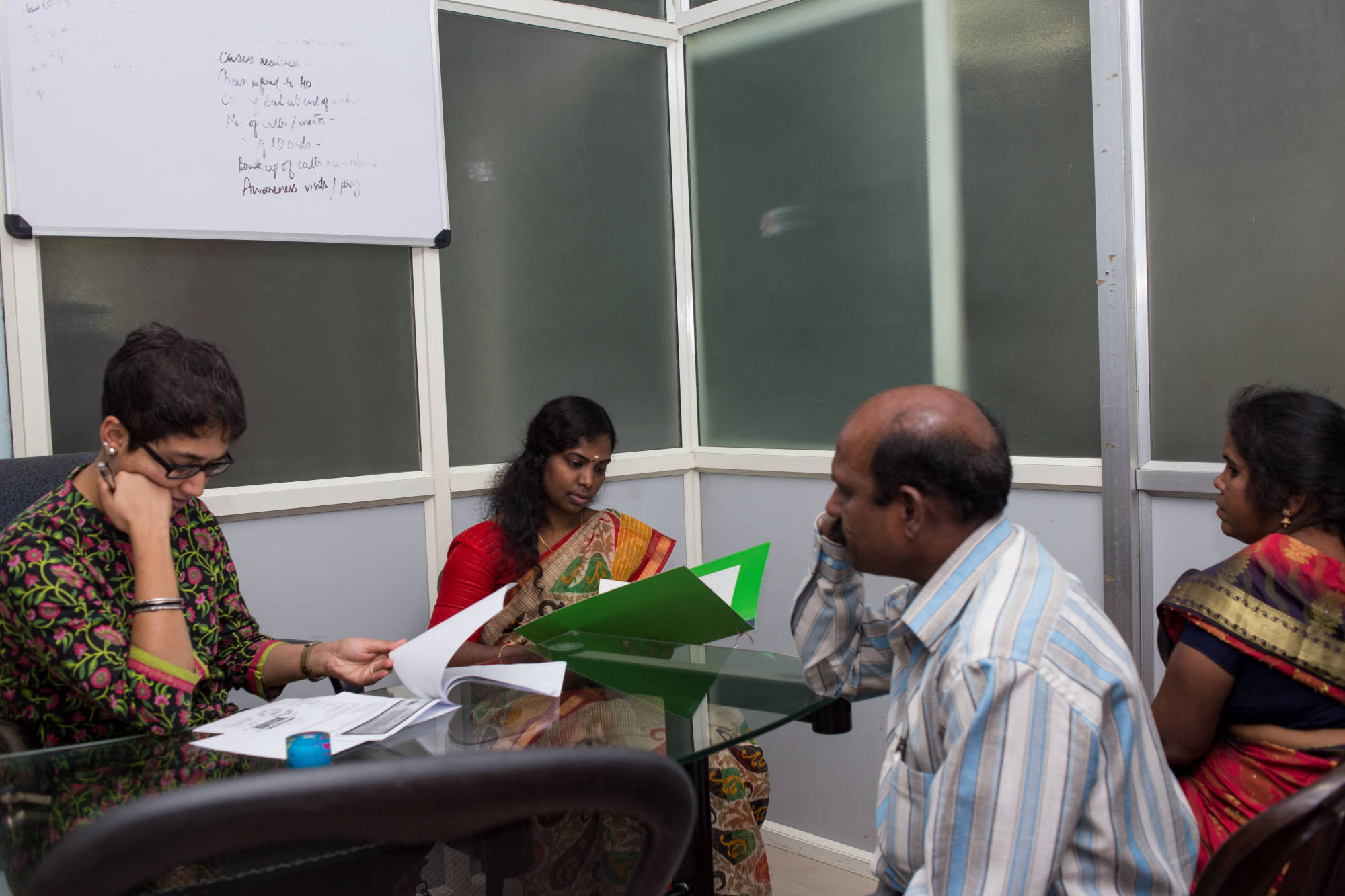 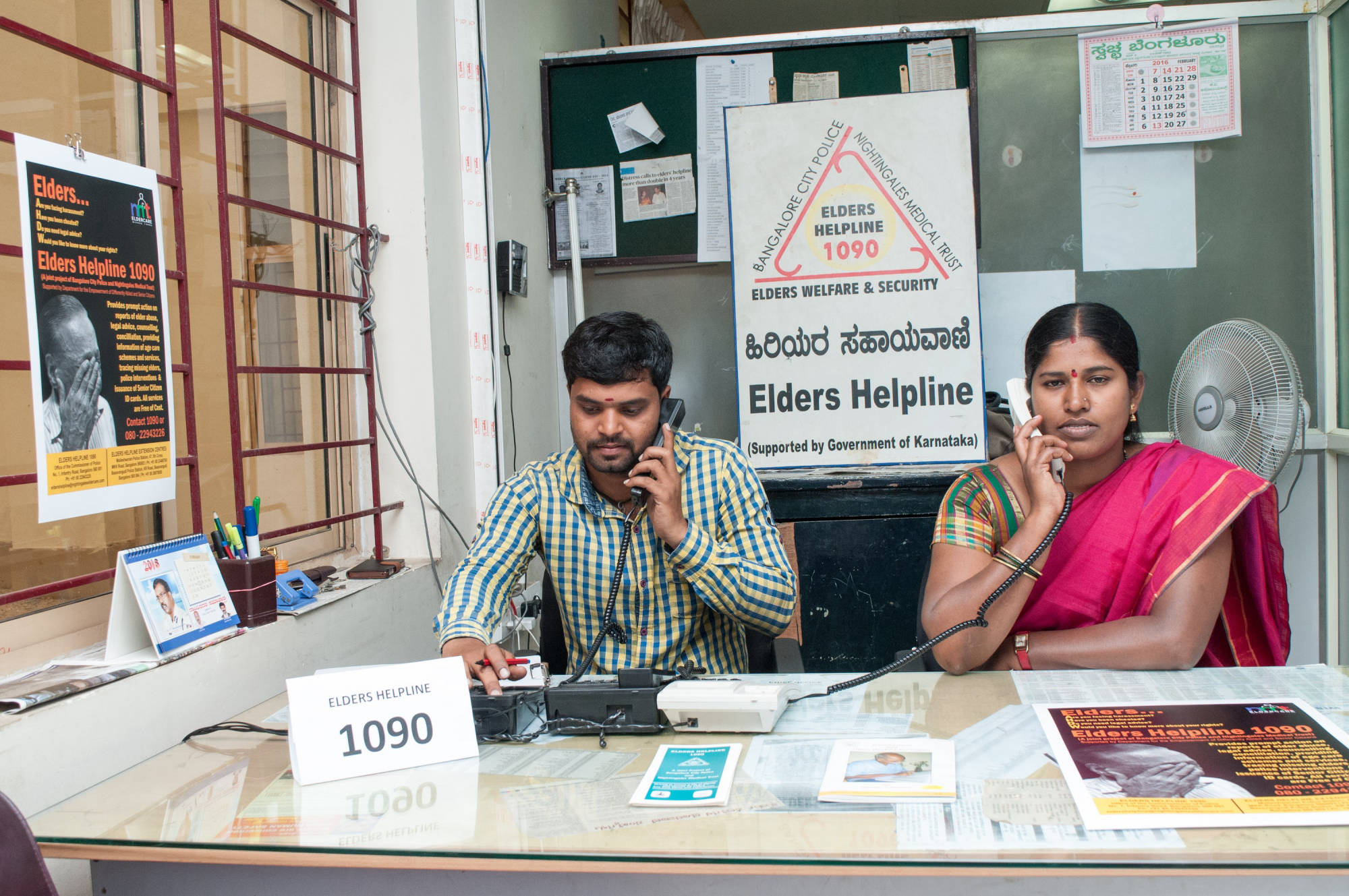