Nightingales Medical Trust works closely with the government to ensure the drafting and implementation of elder-friendly policies and this is done through NMT’s Awareness and Advocacy programme. As part of this programme, currently, the focus is on making dementia a healthcare priority, need for regulatory bodies for monitoring old age homes and assistance with fast track courts. We also observe major events and special days relevant to the care of the elderly and persons with Dementia. 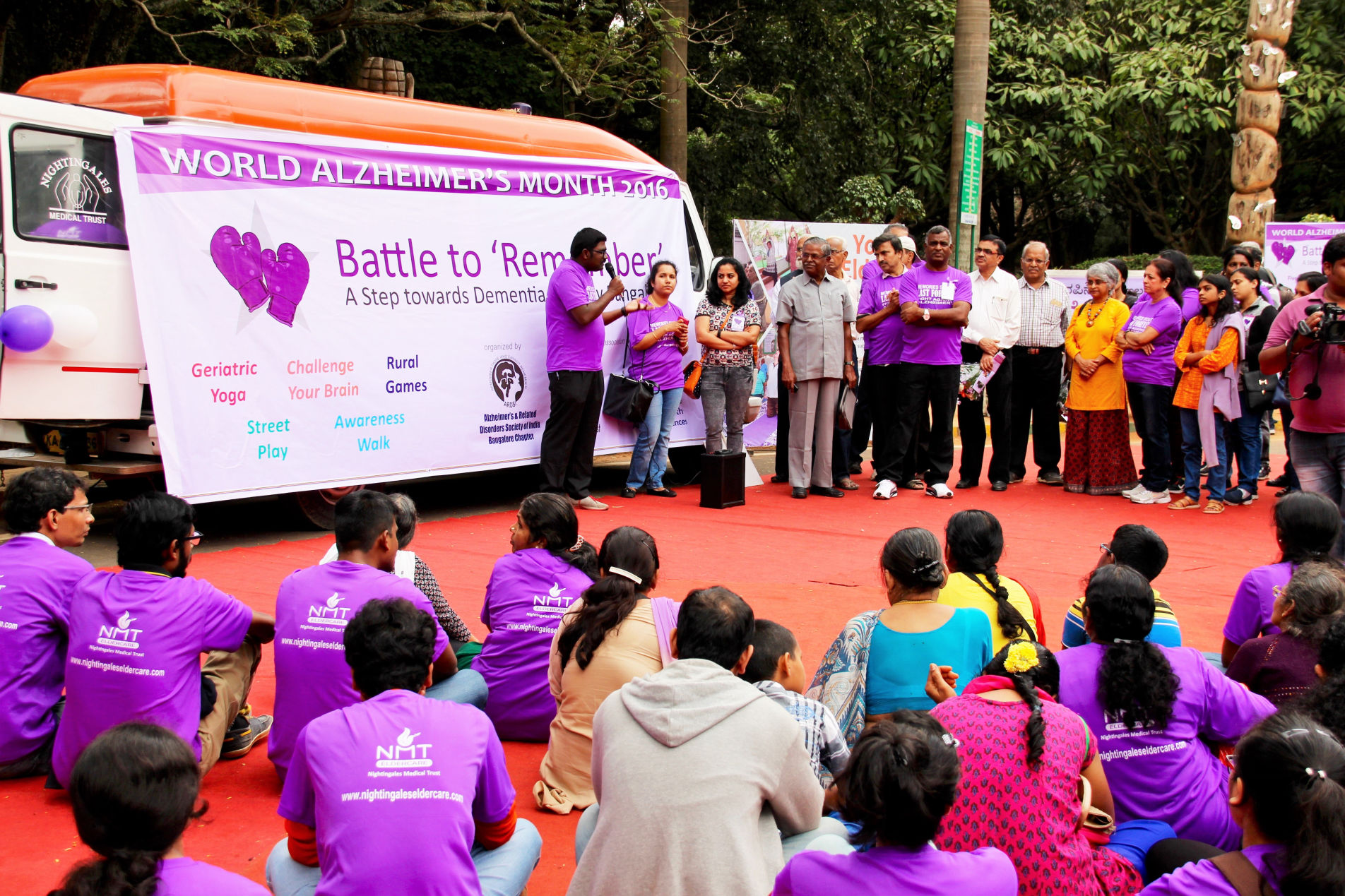 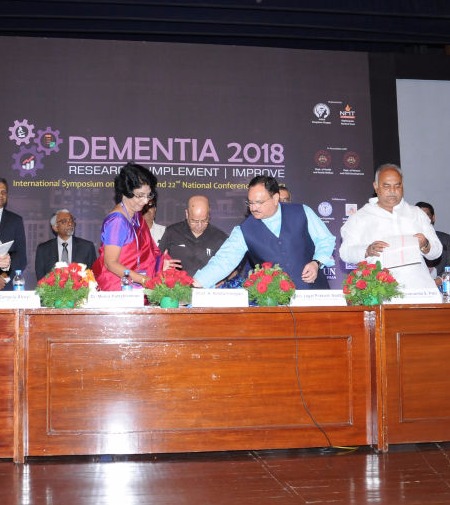 Dementia is a syndrome that affects memory, thinking, behaviour and ability to perform everyday activities. The number of people living with dementia worldwide is currently estimated at 35.6 million. This number is likely to double by 2030 and be more than triple by 2050.

According to Dementia India Report, it is estimated that over 3.7 million people are affected by dementia in India. The numbers are expected to double by 2030 and the cost associated with care and treatment would increase three times. Despite the magnitude, there is gross ignorance, neglect and scarcity of services for people with dementia and their families. Dementia impacts not only the people who suffer from it, but also affects their caregivers and families.

Lack of awareness and understanding of dementia in our country has resulted in stigmatization, barriers to diagnosis and care, impacting care givers, families and society psychologically and economically.

We are constantly working with the government, policy-makers, and other stakeholders in addressing the impact of dementia as an increasing threat to global health. We hope that our efforts will help place dementia as a public health and social care priority nationwide. 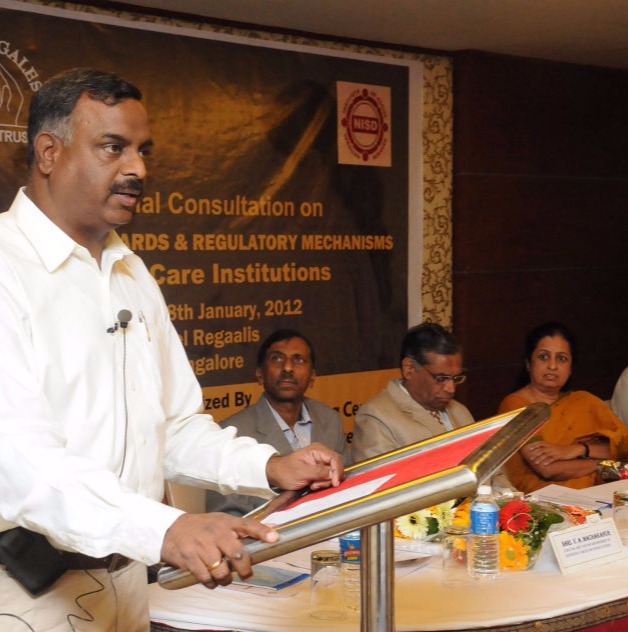 But are such homes catering to the needs of the elderly and providing them with care and support to live a life of dignity? There is a need to have a regulatory mechanism to monitor the functioning of old age homes. In the absence of a statutory regulatory body in our country to monitor the functioning of such institutions, a number of homes are mismanaged, standards of care are poor and elders are made to suffer hardships.

Nightingales Medical Trust took the initiative of conducting a state level consultation in 2009 and a regional level consultation in 2012 to bring together the government, NGOs, senior citizen forums and other stakeholders in age care services to consult and deliberate on minimum standards of care and need for regulatory bodies for age care institutions. Several recommendations were made to government and it turned out to be the first step in ensuring that necessary rules and provisions are made to regulate the standards of care and services provided by old age homes. 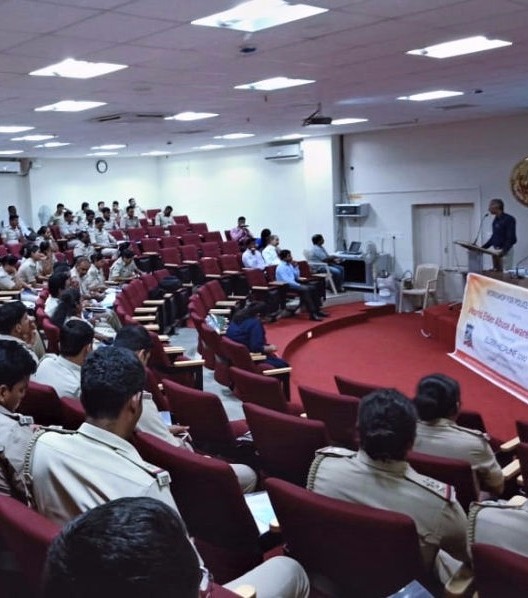 Fast track courts are the need of the day as we see a large number of cases pending in the district and subordinate courts. In the case of senior citizens, such courts are of utmost necessity as justice delayed is as good as justice denied. With increasing debilities, senior citizens lose the motivation to fight for justice, many are forced into out-of-court settlements much against their will and some do not survive to see the judgement.

Fast track courts were set up under the 11th Finance Commission to expedite the process of getting justice for the needy. Ever since, Nightingales Medical Trust has extensively advocated for setting up of fast track courts for senior citizens. NMT, along with other senior citizens organizations, started the 'Elders Moving Forward' campaign to advocate with the government for an exclusive legislation to protect the rights and privileges of senior citizens. Our advocacy efforts led to the passing of the ‘Maintenance and Welfare of Parents and Senior Citizens Act, 2007'.

The state government also sets the maximum monthly maintenance allowance, which cannot be more than Rs.10, 000 per month. Punishment for not paying the monthly allowance is Rs. 5, 000 or three months imprisonment or both.

Any citizen of India who is 60 years and above, belonging to any religion or faith, whether living in India or not, having children or grandchildren above 18 years of age, be it biological or adopted is entitled to receive this monthly maintenance allowance.

In case of childless seniors, relatives who are either in possession of the property of the senior citizen or would inherit it are legally liable to look after and maintain the elderly. Failing to do so can lead to legal action against them. 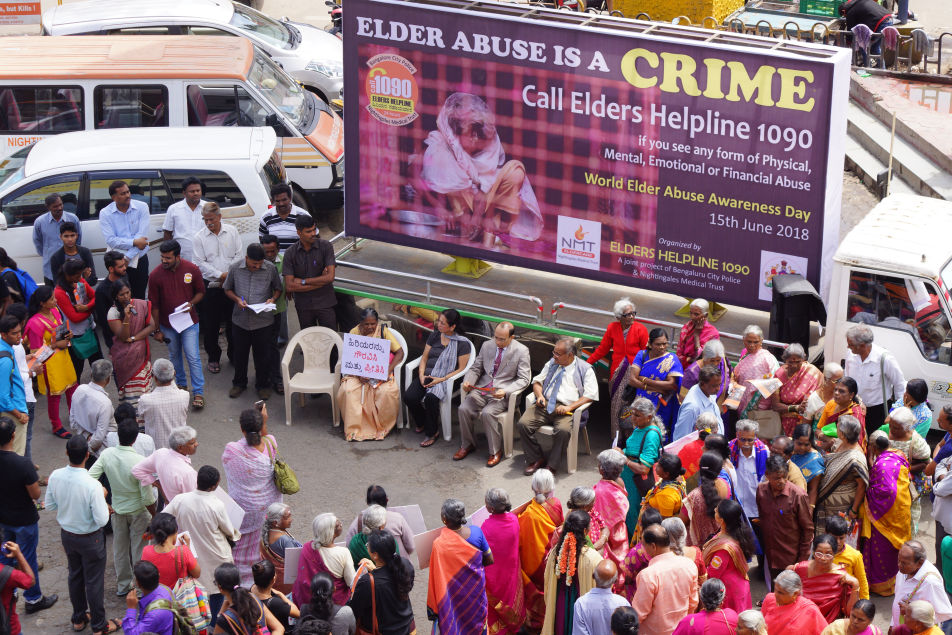 Nightingales Medical Trust regularly orgaizes public awareness programs on special days relevant to Dementia and Aged Care. These include the World Elder Abuse Awareness Day, The World Alzheimer's Day and the International Day for Older Persons, among others. These programs are innovative and are targeted to different segements of the society. Nightingales Medical Trust has been successful in partnering with other like-minded organizations and recruiting volunteers for these large scale events.

Designed with Mobirise - Get more